Hurricane Season: With No Changes on Industrial Farms, N.C.’s Not Ready Crystal Coast Waterkeeper Larry Baldwin shot the photo below from a small plane over North Carolina on Sept. 17, 2018. Look closely to the right of the truck, and you’ll see a pump from an industrial hog operation that’s piping raw hog waste into floodwaters following Hurricane Florence.

It’s a visual example of how $15 billion multi-national Smithfield Foods, which owns most of the state’s 10 million hogs, treats the state as an outhouse. 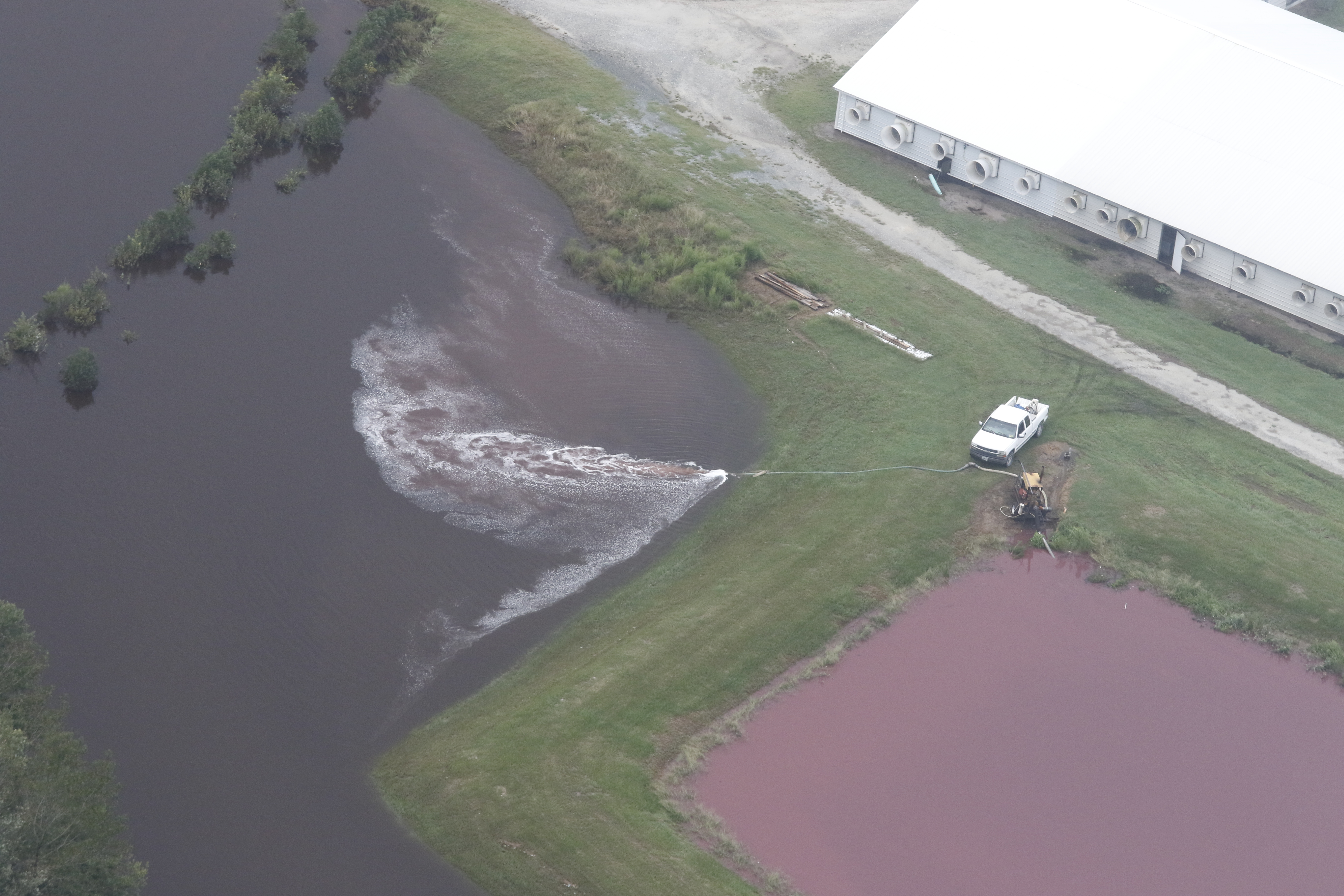 The company and its contractors store hog feces and urine in open pits, most the size of Olympic swimming pools. Then, using power sprayers, they spray that untreated waste on cropland. Imagine what that smells like. And imagine where it goes: A professor of civil engineering at a recent nuisance trial tested nearby homes and found bacteria from hog feces on 17 of 19 houses a half mile away.

This “lagoon and sprayfield” system is especially vulnerable to flooding during hurricanes.

During 1999’s Hurricane Floyd, 26 hog cesspools ruptured and another 45 were damaged. As a result, approximately 120 million gallons of untreated hog waste flooded into the Cape Fear, Neuse, New, Pamlico, and Tar rivers, contaminating every river basin in the eastern part of the state and leaving a legacy of pathogenic bacteria-contaminated soils.

These problems will only worsen in the face of climate change and increasingly frequent and severe storms. Indeed, most lagoon and sprayfield systems were constructed only to handle what the law calls a “25-year, 24-hour” storm. But, along with Hurricane Matthew, Hurricane Florence was the second 500-year storm to hit North Carolina in the last three years.

And the threats to water quality posed by improper waste management at concentrated animal feeding operations are not limited to the hog industry in North Carolina. The state’s poultry industry, which is the third largest in the U.S, is just as vulnerable. 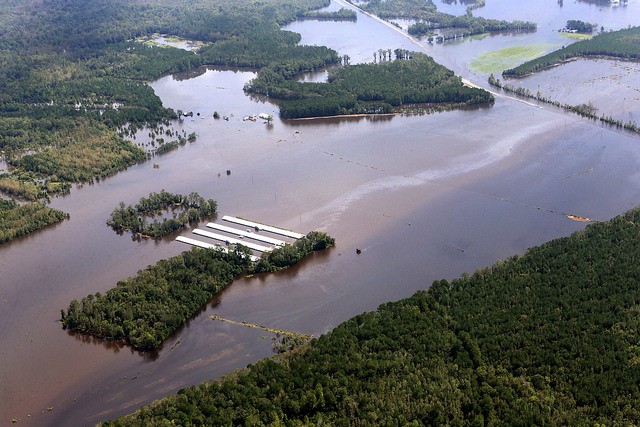 The North Carolina Department of Agriculture reported that 4.1 million chickens and turkeys drowned or starved during the fall 2018 flooding after Hurricane Florence.

There are still Olympic-pool-size pits full of hog waste (often more than one) at 2,200 North Carolina hog operations. Not one has been removed from the floodplain since Florence. The state has at least 4,700 large-scale poultry operations, and no prohibition on building new ones in the floodplain.